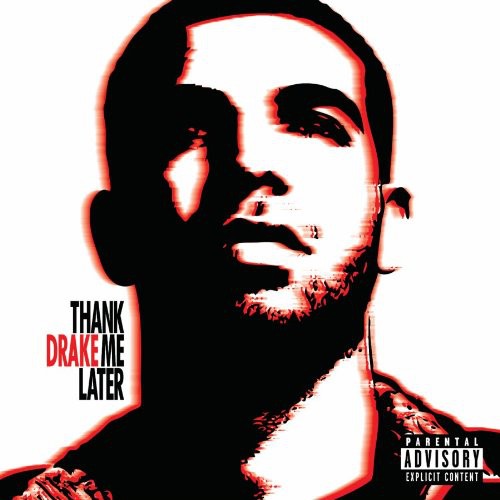 The highly anticipated debut from Drake is here! "Thank Me Later" is hotest album in the game.

''Thank Me Later'' is the debut studio album of Canadian rapper Drake, released June 15, 2010 on Young Money Entertainment and Cash Money Records. Production for the album took place at various recording studios during 2009 to 2010 and was mostly produced by longtime collaborators Noah "40" Shebib and Boi-1da, and also featured contributions from Timbaland, Swizz Beatz, and Kanye West, among others. ''Thank Me Later'' features a predominantly sparse, downbeat production and contains subjective lyrics concerning themes of fame, self-examination, and love.

The album received generally positive reviews from most music critics, earning praise for Drake's introspective lyrics and receiving musical comparisons to the works of hip hop artists Kanye West and Kid Cudi. Following an anticipated release, it debuted at number one on the US ''Billboard'' 200 chart, selling 447,000 copies in the United States in its first week. It reached platinum certification in Canada within its debut week and produced three singles that attained chart success. The album has been certified platinum by the Recording Industry Association of America, with shipments of one million copies in the United States. - Wikipedia