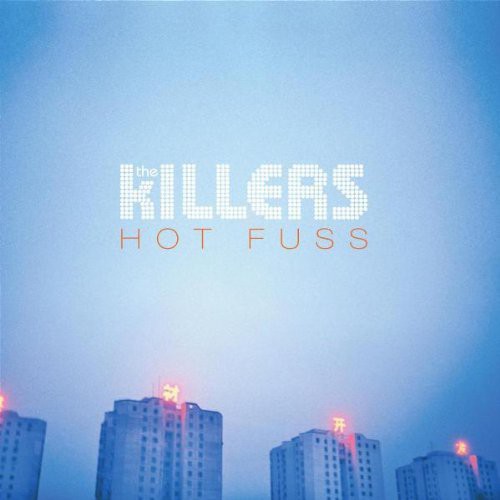 These Las Vegas youngster draw heavily on the '80s pop-rock they grew up with, and have generated and industry wide buzz on the strength of their live performances and two U.K. released singles. The first single off of their new album is "Somebody Told Me."

''Hot Fuss'' is the debut studio album by American alternative rock band The Killers, released on June 7, 2004 in the United Kingdom and on June 15, 2004 in the United States. The album reached top of the album charts in both the United Kingdom and Australia, and stayed in the Top 50 of the ''Billboard'' 200 chart for over fifty weeks. Singles from the album include "Somebody Told Me", "Mr. Brightside", "All These Things That I've Done" and "Smile Like You Mean It". The Album was nominated for Best Rock Album at the 2005 Grammy Awards - Wikipedia

"A lot of musicians (and music) are put out to pasture in Las Vegas-including, if we're to believe the Killers' debut, new wave. But the Sin City quartet won't let it fade away; in the Killers' hands it burns-not out, but with even more vibrant energy than the group's obvious sources (the Cure, Duran Duran, New Order, the Psychedelic Furs) generated in their prime. That said, A Hot Fuss is not a slam-dunk triumph. The Killers so obviously mark their forebears that you could turn these 11 tracks into a name-that-influence drinking game. And the best thing to be said for the turgid, synth-soaked ""Everything Will Be Alright"" is that it comes at the end of the album, making it easy to skip. But when the Killers hit their target-with the sinewy grooves of ""Somebody Told Me"" and ""Andy You're a Star,"" the glammy buoyancy of ""Midnight Show"" and the high drama of ""All These Things,"" which builds into a gospel-styled anthem-A Hot Fuss is a lot of memory-tweaking fun. On ""Mr. Brightside"" the Killers fuse Blondie and the Strokes; for ""On Top"" they integrate Incubus-style kinetics into a spacious instrumental arrangement. It's hard to doubt the Killers' genuine affection for music that came before them. If the Vegas denizens can effect more of these past-current fusions in the future there might be something to make an even hotter fuss about.