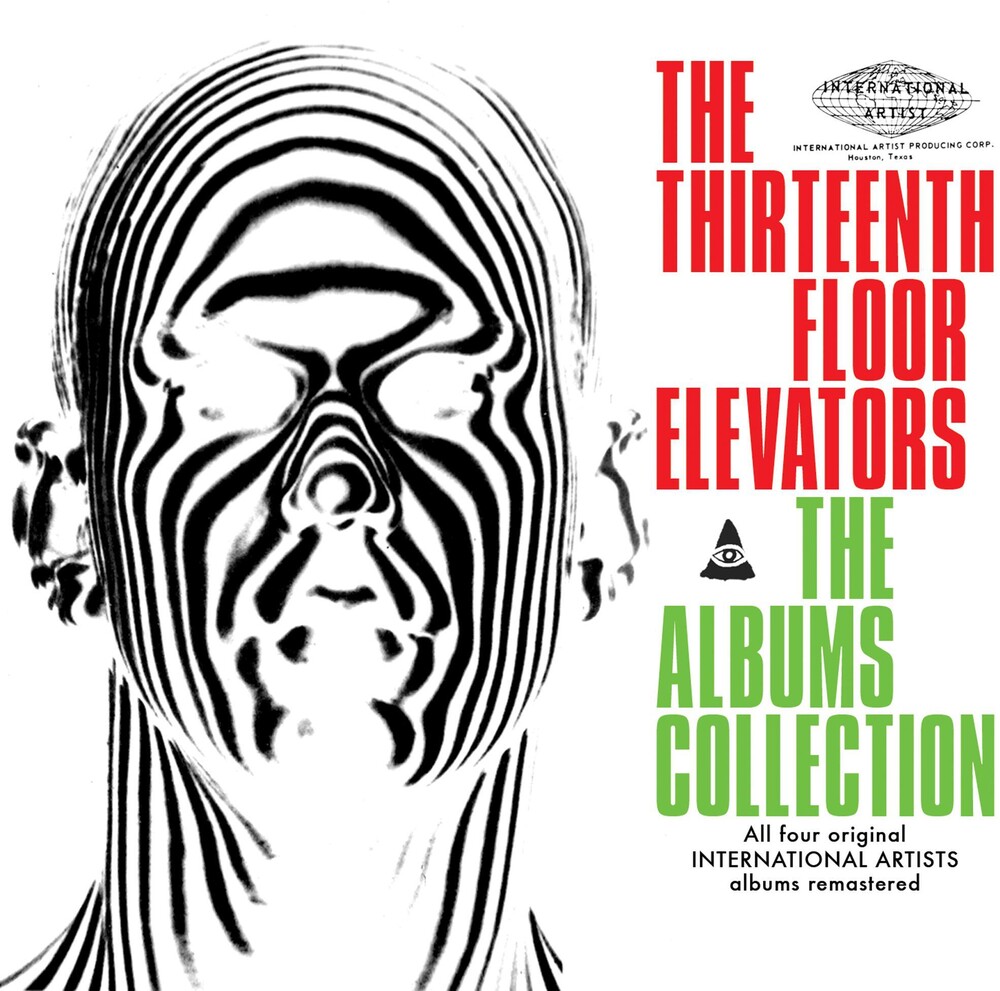 This 4-CD set contains all the original albums by The 13th Floor Elevators released on the International Artists label from 1966 to 1968, newly remastered and collected in a clam box with extensive new notes by band authority Paul Drummond. In addition to the stereo versions of the three studio albums remixed from the original IA tapes in 2007 by original producer Walt Andrus, the set also includes a completely new mix of 1968's 'Live' album, minimizing the added fake applause and removing glitches which blighted previous versions. All albums have songs in the original running order.