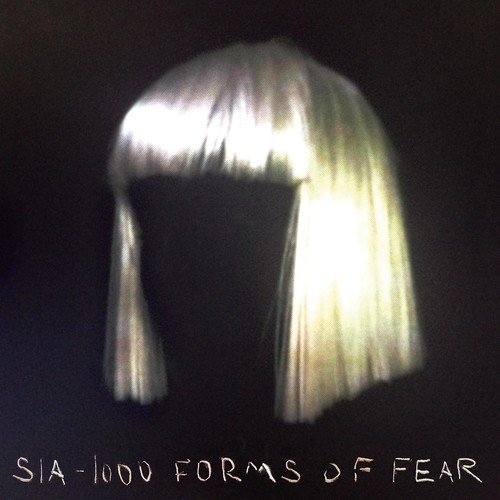 The first single from 1000 FORMS OF FEAR was written by Sia and Jesse Shatkin and produced by her longtime collaborator Greg Kurstin, along with Shatkin. The video for Sia's "Chandelier" has exploded on line with over 6.5 million views in it's first week, and stars an incredibly compelling dance performance by Maddie Zeigler (age 11) of the Lifetime Television show Dance Moms.

Raves Pitchfork of the video and song: "Sia's voice blasts off, the swelling strings propelling her past her contemporaries in the inspirational-pop stratosphere. It's a jaw-dropping vocal performance that's enough to convince you she could have a stadium-touring career of her own. The video is filled with the same irrepressible spirit that colors this song." Time Magazine calls "Chandelier" "the year's most sobering party anthem...a disarming, unforgettable listen."

An astonishingly prolific hit maker and songwriter, Sia has penned several monster hits over the last few years. In 2013 alone, she's crafted songs for pop icons including Rihanna ("Diamonds"), Katy Perry ("Double Rainbow"), Britney Spears ("Perfume"), Beyoncé ("Pretty Hurts") and Celine Dion, as well as working with Diplo, The Weeknd, Kylie Minogue, Angel Haze, and executive producing label mate Brooke Candy's forthcoming album. Sia is also the featured vocalist on some of the most massive hits she has written for others including "Titanium" with David Guetta, "Beautiful Pain" with Eminem, and "Wild Ones" with Flo Rida. Her most recent release is her hit single "Elastic Heart" from "The Hunger Games Soundtrack" with The Weeknd and Diplo (*produced by Diplo, co-produced by Greg Kurstin) which appears on 1000 FORMS OF FEAR. She also served as executive producer of Brooke Candy's EP entitled Opulence and Brooke Candy s forthcoming album.