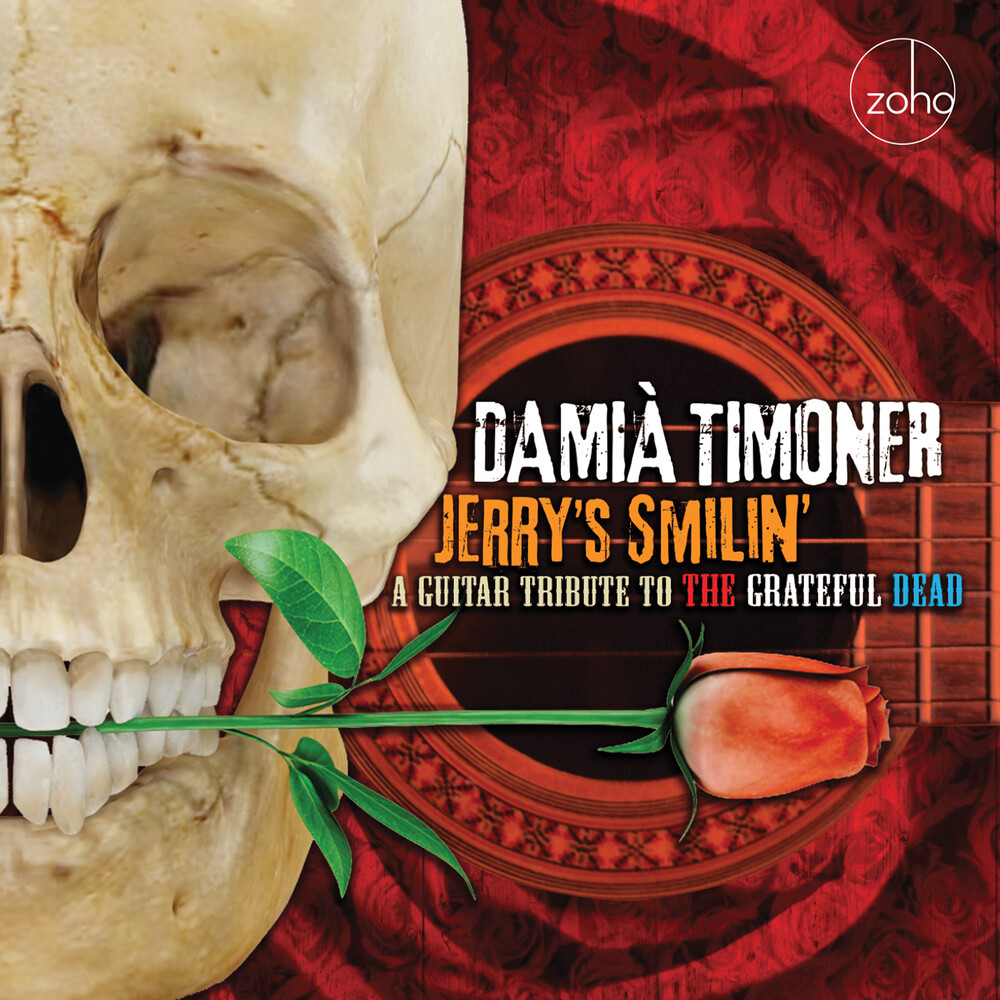 DamiĂ  Timoner has done something remarkable here. An acclaimed and virtuosic Mallorca, Spain-based guitarist, arranger, and conceptual thinker - he has rendered an elegant and entertaining musical portrait of one of the world's most legendary rock bands. A self-described "Deadhead," Timoner initially learned about The Grateful Dead by reading about them in the newspaper. He picked up a few of their LPs including What a Long Strange Trip It's Been (1977) and Live / Dead (1969). And that was it. He listened to their music in earnest and became a lifelong fan. "The Grateful Dead changed my view of music and life." Sometimes you come across a production that makes you fundamentally rethink an artist or band. That's what Timoner has done with his Jerry's Smilin'. He has created a window for new audiences and generations to discover The Grateful Dead's music. On a personal note, I have started listening to their music more intently after collaborating with Timoner on his release. In selecting the repertoire, Timoner wanted to feature pieces by different composers who had been in the band across several decades. The album begins with Brown-eyed Women and Ramble On Rose which are on the live 3 LP set Europe '72. Timoner changed the key of the first song so he could perform it with more freedom and range. And for "Ramble," Timoner drew inspiration from the lyrics of Robert Hunter. Timoner lowered the pitch of the 6th (E) string to give the piece more depth and resonance. Timoner based his rendition of Cassidy from the 1981 acoustic live album Reckoning. Here too, he lowered the 6th and 5th (A) strings for more depth and used a capo to allow for more facility and freedom. Built to Last is the title track of the last studio album by The Grateful Dead from 1989. It's a hopeful and optimistic piece that celebrates what the band had achieved in it's decades-long run.