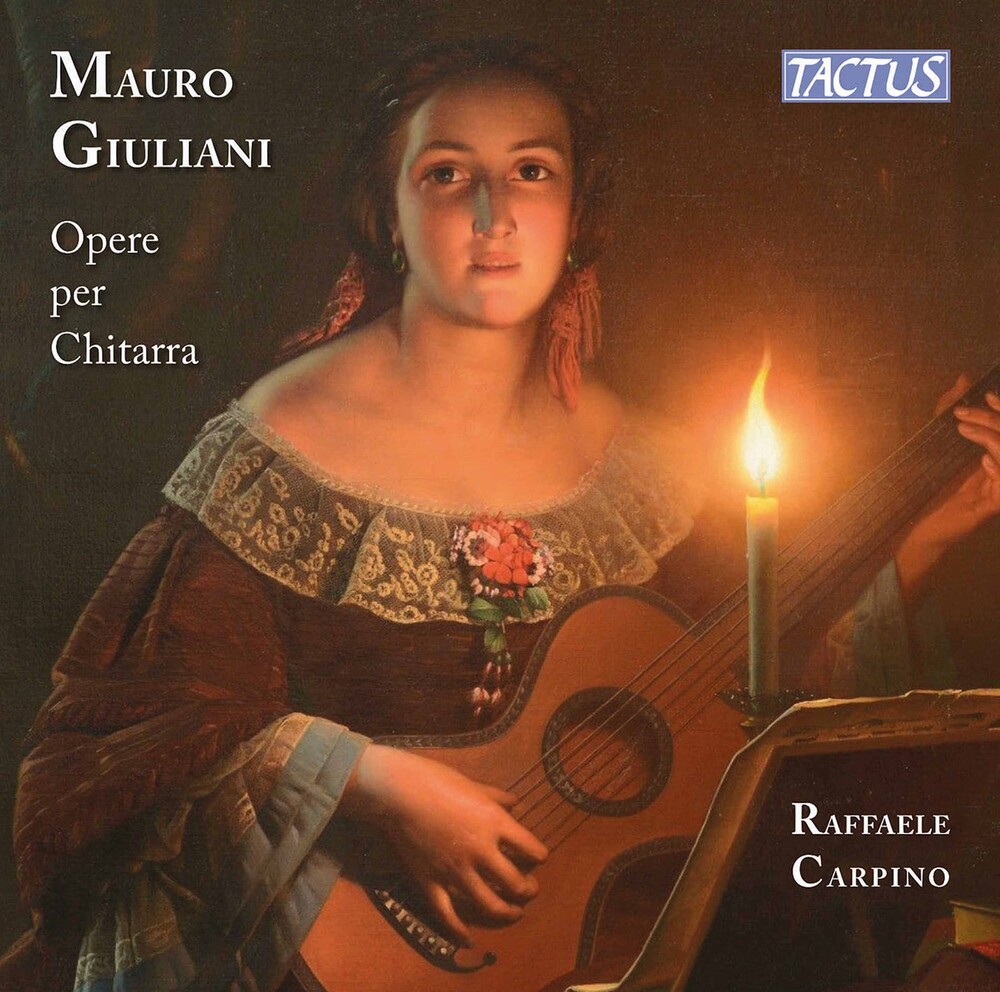 Raffaele Carpino, performer, researcher and historiographer of guitar, already a protagonist of the rediscovery of unpublished music by Carulli and Legnani, in this new work offers us a taste of one of the most significant composers of nineteenth-century guitar music: the virtuoso Mauro Giuliani. The period in which the six guitar works presented in this release were published includes that of Giuliani's fortunate stay in Vienna, for opuses 49, 52 and 72, that of his stay in Rome, for op. 109, and that of his stay in Naples, for the reduction of the symphony of the opera La Cenerentola. Variazioni, the last work in this album, was published posthumously. All the pieces have been recorded on the basis of the first editions printed in the nineteenth century, faithfully following all the originally indicated reprises. The instrumental form that prevails in this release is the theme with variations, which is present in four out of six pieces, i.e. opuses 49, 62, 72 and the posthumously published Variazioni.