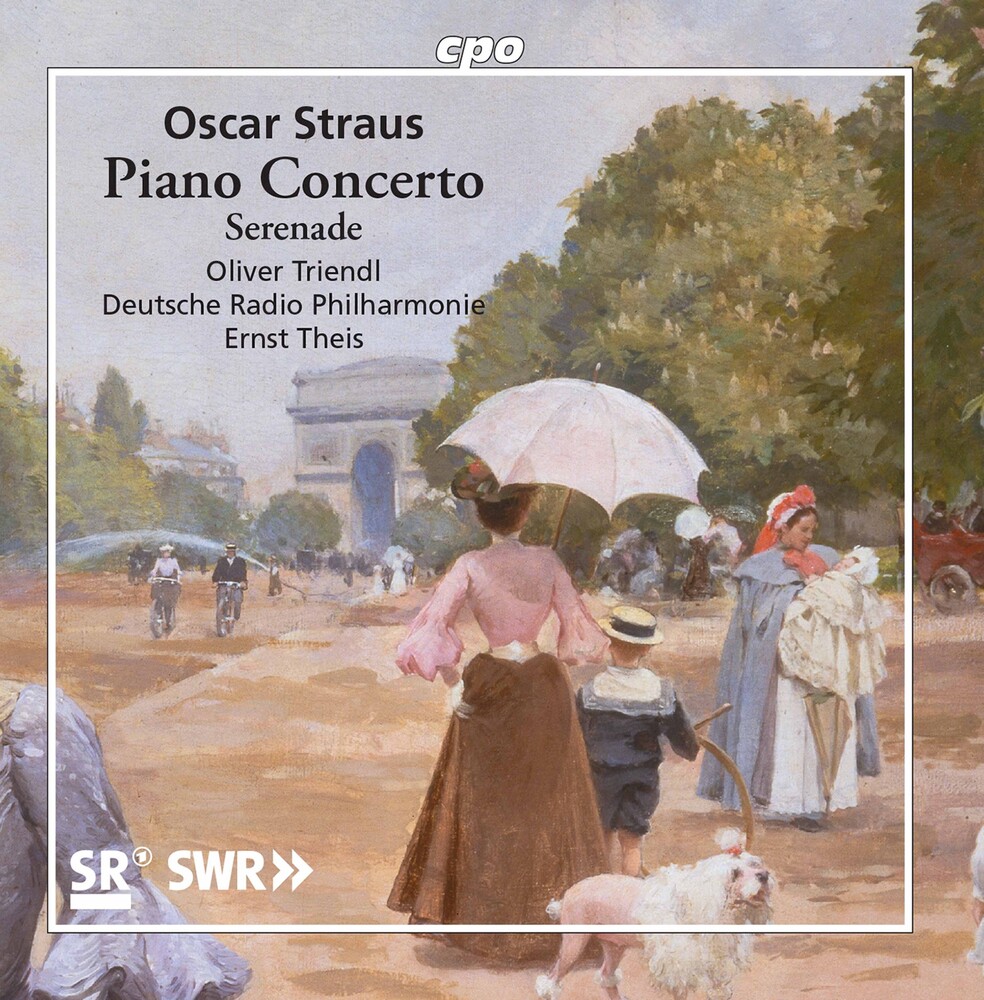 Since Oscar Straus began his career in the cabaret, it was only natural for him to bet on comedy in his first operetta, Die lustigen Nibelungen (1904), a parody of the Nibelungenlied, Wagner, and Wilhelminism. In this way, Straus, more than any of his Viennese contemporaries, became the heir to Jacques Offenbach, the founder of the genre, whose last period of flourishing influenced Straus (who was born in 1870) as well as Franz LehĂˇr, Leo Fall, and Emmerich KĂˇlmĂˇn. Straus's Serenade for String Orchestra is written in an always-radiant classical style. Especially the last two movements, "Walzer" and "Alla marcia," have an elegant structure already anticipating the later operettas. The highly romantic Piano Concerto in B minor displays a very different compositional design. Even though the three movements based on Franz Liszt's "New German" model form a seamless whole, they remain clearly recognizable and follow the pattern of the Classical-Romantic piano concerto, a form to which his teacher Max Bruch adhered until the very end. Oscar Straus's claim that he was Bruch's "favorite pupil" is made understandable by this romantic piano concerto, but he very much moves beyond his teacher, is bolder harmonically, and is more reminiscent of Liszt, whom Bruch rejected, along with his idea to have movements form sequences without breaks.