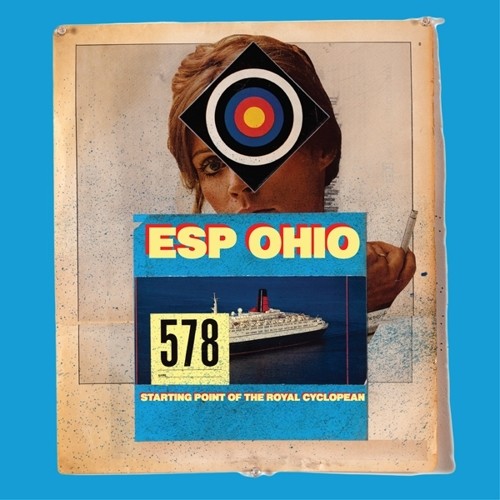 2016 release from this project led by the ever-prolific Robert Pollard. Like a long-lost artifact from some golden age of rock that never existed, Esp Ohio's debut album grabs you by the ear-holes and demands your immediate and undivided attention. Described by Pollard as a band, rather than a collaboration - a distinction which may seem like splitting hairs, but means in essence that rather than putting melodies and lyrics on top of other people's instrumentals, Pollard wrote these songs and sent them off to Brooklyn-based bandmates Doug Gillard, Mark Shue, and Travis Harrison to be fleshed out and then returned to him for vocal recording and mixing in the Buckeye State. In other words, rather than trying to fit the words/melodies around someone else's musical structure, he created the musical structure to fit his words/melodies. Also, there's a band photo. It makes a difference. In some ways Starting Point harkens back to Isolation Drills-era Guided By Voices, perhaps inevitably with Doug Gillard playing guitar and contributing arrangements the way he did in that era of GBV, but has it's own unique characteristics, too. The result is some of the most joyful noise Pollard has made in recent memory: melodic, playful, upbeat, and... what's the word... sparkly? Sure. Call it sparkle rock, which should be a thing, but maybe doesn't adequately describe Esp Ohio's mix of bold-faced rock with weirdo proggy-psych elements and textures, but in the absence of adequate qualifiers, it'll have to do. Pollard won't say whether this is a one-off or Volume One of a series, but he's keeping the door open. That's maybe a key to his "process": always keep the door open. After countless songs, records, bands, line-ups, accolades, bottles of tequila, after everything, the door to the porches of Pollard's ears (this is an awkward and inappropriate allusion to Hamlet) remain open to the far-out whispers of his muse. Get hip.
This website uses cookies to personalize content and analyse traffic in order to offer you a better experience.
I accept Learn More
back to top