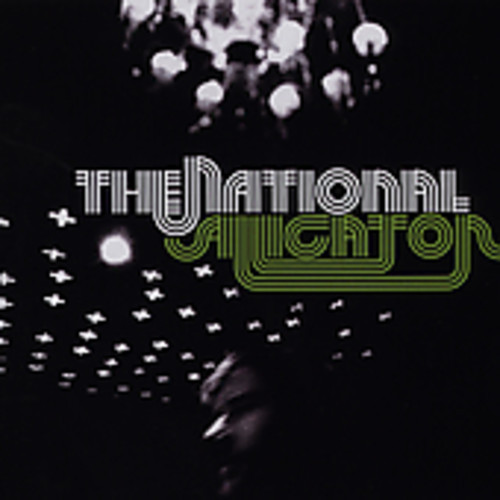 These five Cincinnati friends recorded two albums for Brassland before signing to Beggars Banquet. Their last effort, "Sad Songs For Dirty Lovers", was touted as one of the year's best by Rolling Stone and other magazines. On "Alligator", Matt Berninger's potent baritone still intones about matters fraught, funny, and sad; about record collections, missing persons, and medium-sized American hearts.

''Alligator'' is the third album by Brooklyn-based indie rock band The National, released in April 2005. The album brought The National critical acclaim and led them to headline a tour, with opening act Clap Your Hands Say Yeah. The album was on many year-end top 10 lists, including ''Uncut'' and ''Planet Sound'', both of which ranked it as the number two album of 2005. Pitchfork Media and ''NME'' ranked ''Alligator'' as a top album of the 2000s. ''Alligator'' has sold over 80,000 copies in the United States.

The band performed album track "The Geese of Beverly Road" at the wedding of producer Peter Katis. A photo of the band performing on stage, with couples dancing in the foreground, became the cover of the band's next album ''Boxer''.

The band supported Barack Obama's presidential candidacy in 2008. In July of that year, the band designed and sold a T-shirt featuring Obama's image above the words "Mr. November," a reference to both the closing track on the album and the month of the U.S. presidential election. All proceeds were donated to Obama's campaign. (The song had been written, in part, about John Kerry's candidacy four years earlier.) - Wikipedia