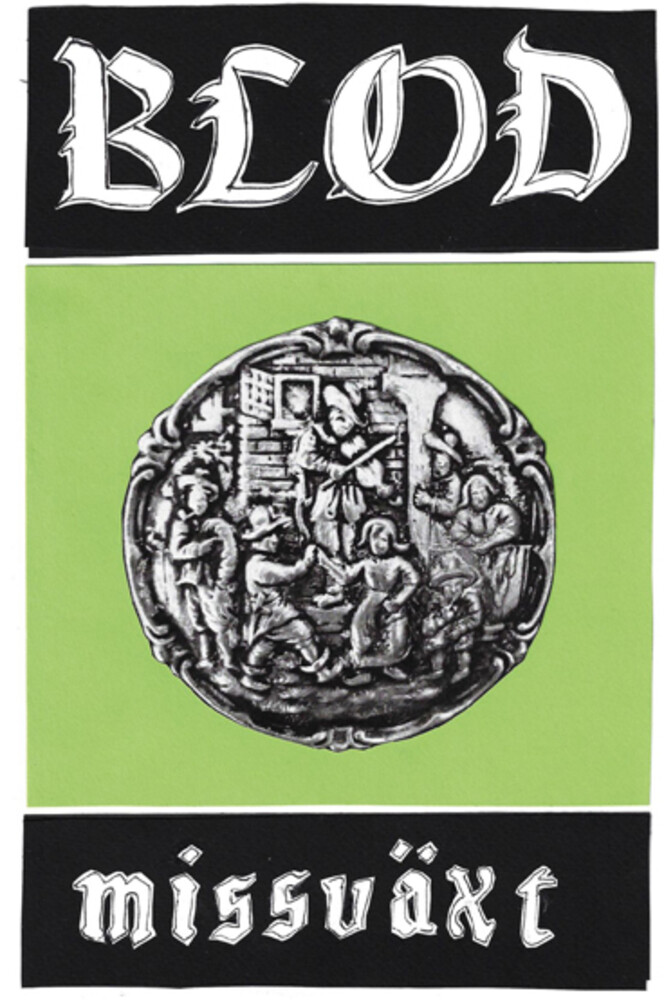 Blod is the solo project of Gustaf Dicksson (Enhet För Fri Musik, Oroskällan), a prolific and crucial figure in the Swedish Underground scene radiating out of Gothenburg and centered around a number of independent labels and including bands such as Enhet För Fri Musik, Monokultur, Oroskällan, Loopsel, and Neutral. Blod has released various home-recorded cassettes and a handful of albums since 2014, all mercurial in nature, exploring various facets of Dicksson's preoccupations. The melodies borrow from tradition and possess a lonesome quality inspired by Swedish melancholy, close relations, and white trash culture. Combined with intentionally banal artwork, the experience can be beguiling and sometimes bleak but at the same time warm and humorous. Missväxt is Dicksson's greatest work yet, exploring the myth of ancient Swedish being and misery but with a sound that is uniquely ecstatic. Inspired by medieval folk music, it's reminiscent of Fairport Convention's marriage of traditional folk music and psychedelic rock. Missväxt features guest appearances by Elin Engström (Loopsel, Monokultur) on drums, Astrid Oster Mortensen on vocals and flute, Joakim Karlsson (Facit) on production and synth, and Magnus Jäverling on flute.