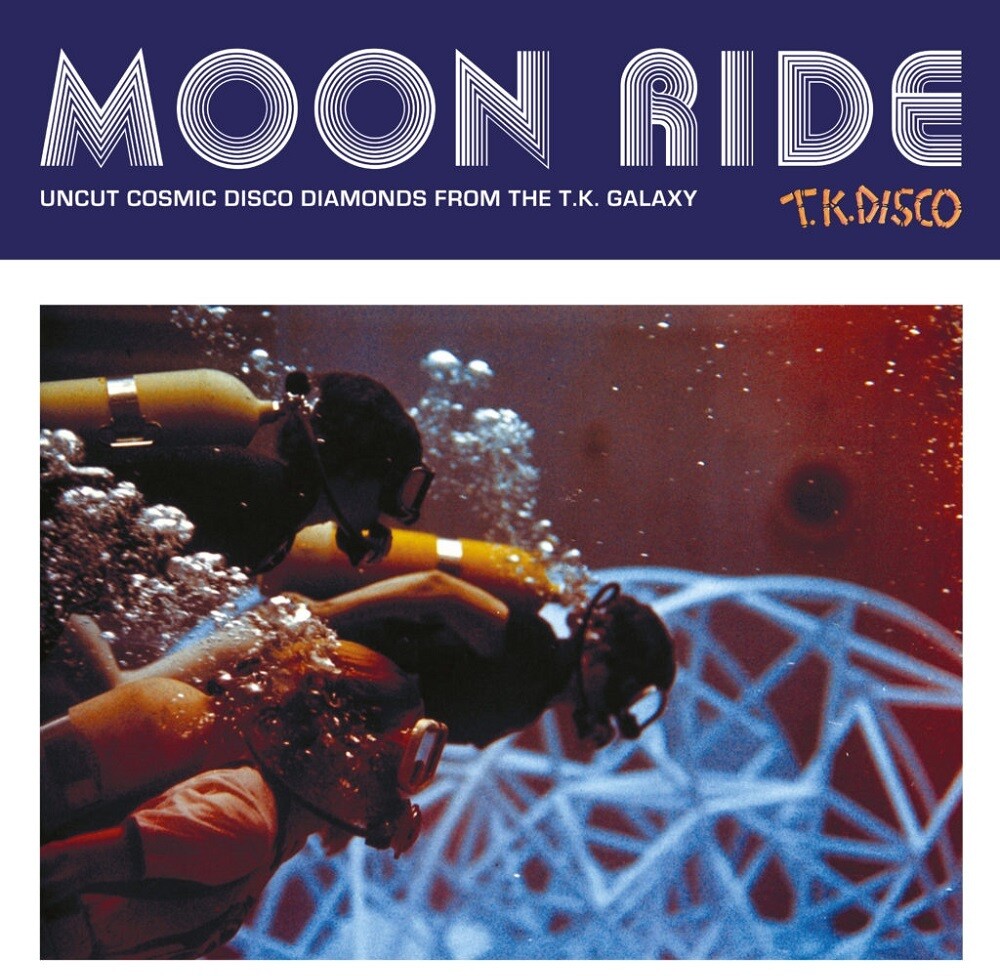 Presenting a collection of deep spatial gems mined from the ever impressive TK Disco vaults for your playback listening pleasure! The TK Disco music empire has blessed our ears and minds with an endless stream of music since it's late 1960's inception. Countless soul and funk sides were produced, cut and released by label founder Henry Stone and his associates, in turn changing the face of contemporary black music in the USA and across the world forever. It is true that the TK story originated on America's 'Space Coast', the modern frontier of lunar exploration and galactic travel, the home of NASA and countless missions beyond the stars nestled on the East Coast of the United States. 'Moon Ride' - The compilation you hold in your hands, is merely one strand of the incredible music that was beamed out of Hialeah, FL over the decades. The focus on this collection is the idea of the 'cosmic' from the Disco era. These are records that emit a spacey vibe, either from their lyrical content or equally from their sonic qualities, imbibing synths and electronics to create otherworldly grooves. These records were big hits on underground music scenes such as Daniele Baldelli's cosmic movement in the 70's and 80's in Lake Garda, they were vehicles of escapism and hedonism on the discerning dancefloors of NYC in the hands of progressive DJs like David Mancuso and Nicky Siano and they were also essential building blocks in the creation of House and Techno music in the Midwestern cities of Chicago and Detroit, inspiring legendary artists such as Mr Fingers and Jeff Mills and countless others. An essential collection of music for listening, dancing, loving and travelling! TK Disco's influence is still felt today and this carefully curated selection of tracks showcases some absolute classics, overlooked nuggets and rarities from the label's huge output. Mastered with love by Optimum Mastering, Bristol UK. Brought to you by TK Disco / Henry Stone Music & Above Board Distribution 2021.
back to top