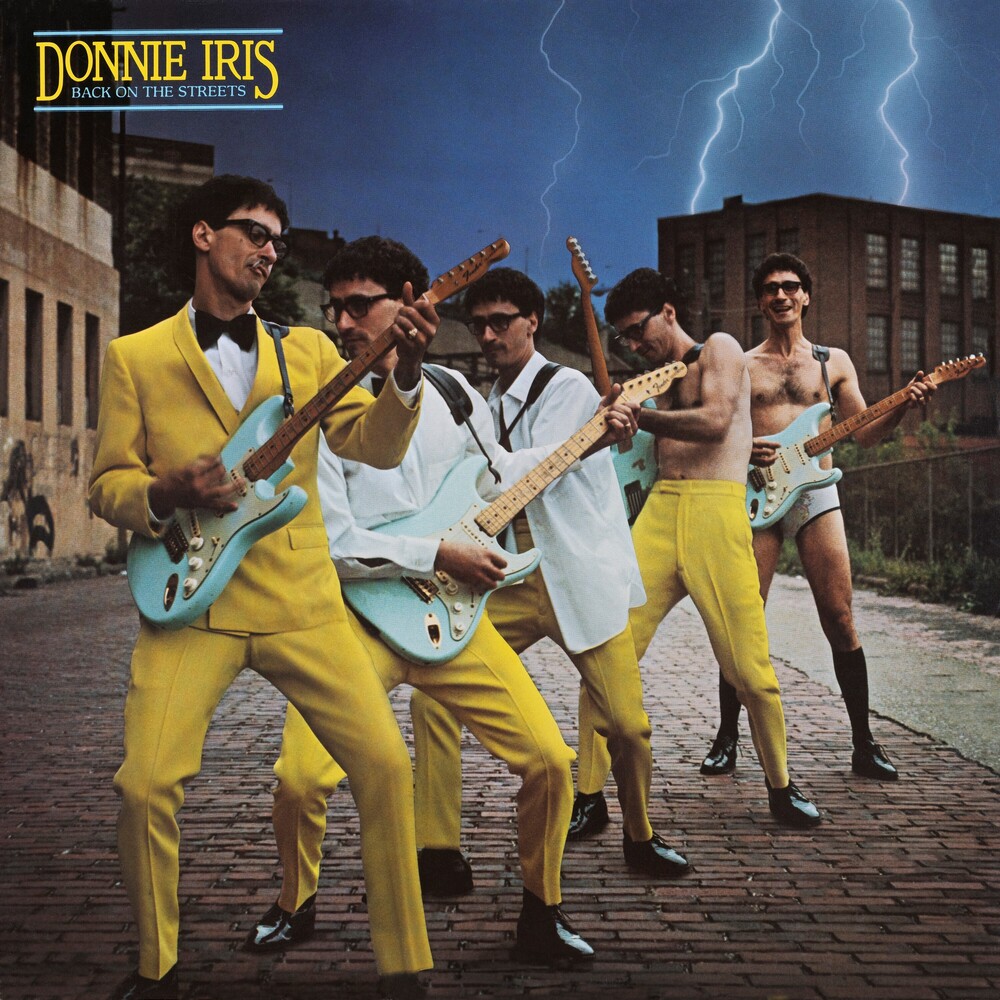 Special Limited Deluxe Collector's Edition / Fully Remastered Audio / Iris hits cruise control on his first solo venture from '80 / Produced by Mark Avsec / Includes 'Ah! Leah!', 'Too Young To Love' & 'Joking' plus 2 Bonus Tracks / 12 page full-color booklet, 3,000 word essay & enhanced artwork - DON't BE FOOLED by his look. Funny how rock music can hand success to a musician virtually overnight whilst other times it can take an eternity to achieve the same results. Of course there are plenty of examples either way but for Donnie Iris it was a case of taking the long way, years spent paying dues under a number of guises but in 1980 Donnie's ship came sailing home with his debut solo album 'Back On The Streets' and in particular the hit single 'Ah! Leah!'. It was a classic song very much the sound of an era being somewhat pop but also resolutely rough and tough rock. It was also notice-able for it's huge wall of multilayered vocals consisting, some say, of approximately seventy overdubs giving it an instantly recognizable sound. Although Iris had been around the block a few times (The Jaggerz & Wild Cherry), the Cruisers were a project conceived to merge perfectly written and performed power pop with a classic early eighties sound. Teaming up with partner Mark Avsec, the duo were co-conspir-ators of a sound that struck an immediate chord with radio and live audiences helping to position Donnie as a bright young thing amongst an exciting wave of new performers such as Loverboy, The Cars, and The Knack. Donnie's vocal style and the songs are surprisingly evocative of classic doo-wop set against a tougher 80s hard rock backdrop with stinging guitars and a powerful rhythm section blasting it into a new dimension. Of Course, 'Ah! Leah!' is the track that punches above it's weight but do not under any circumstances miss out on 'Too Young To Love', 'Joking' and the brilliantly arranged 'You're Only Dreaming' with it's layers of multi part harmonies and a brilliantly affected vocal from Donnie. This is indeed an album that just keeps on giving with every repeated spin.
back to top