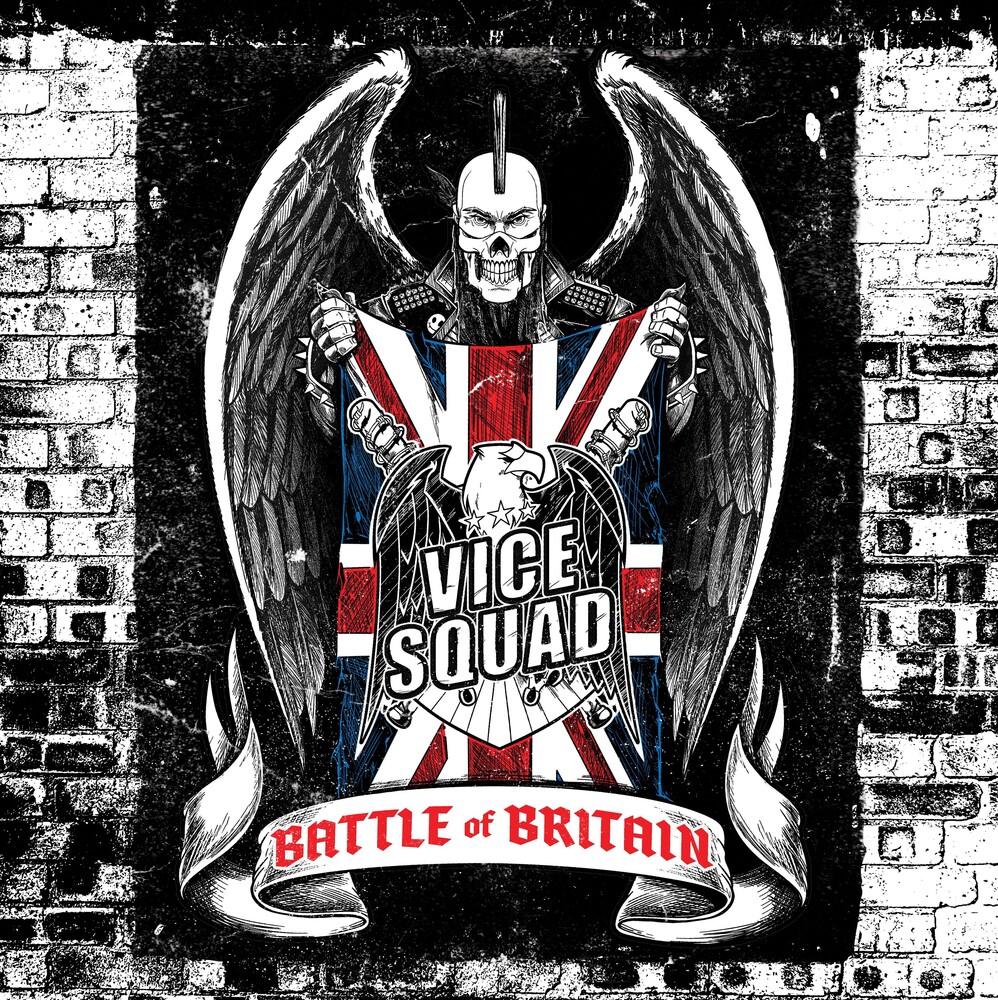 250 copies on white vinyl and 250 copies on black vinyl - Vice Squad are a UK Punk Rock band whose first single releases included the classic 'Last Rockers' 7" in 1981. This was followed by the landmark albums 'No Cause For Concern' in the same year and 'Stand Strong Stand Proud' in 1982 which were both released on EMI. Since then Vice Squad have delivered short sharp songs with incisive political lyrics and a dash of humour spat out over a thunderous rhythm and machine gun Rock 'n' Roll guitars. They are are considered one of the most influential punk rock bands of all time, paving the way for other female Punk and Rock singers and influencing male performers such as Dave Grohl of Nirvana and Foo Fighters fame who was introduced to Vice Squad via his sister's record collection. The first rule of Punk is there are no rules and Vice Squad ably illustrate this with 'Battle of Britain'. Written, Recorded and Mixed by Beki Bond and Paul Rooney in their home studio. The 13 track album opens with the blistering 'Ruination' which cuts through the bullshit of small time promoters and blaggers with consummate swagger and melody while 'I Dare To Breathe' is an amphetamine driven anthem to paranoia. Battle of Britain's hard hitting collection of anger and riffage pulls no punches in covering topics from austerity and factory farming to the pernicious influence of the Mainstream Media.