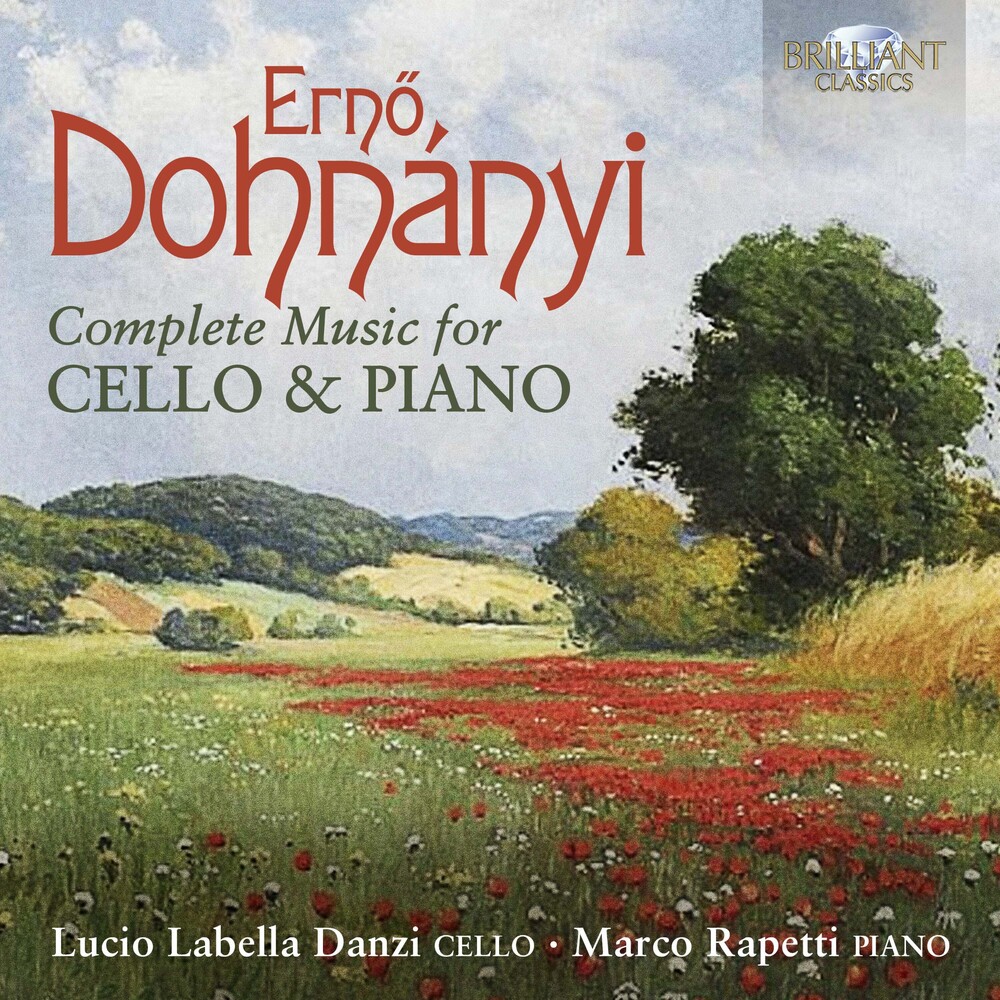 "I could not have written it better myself!", remarked an astonished Brahms on hearing the 18-year-old Erno DohnĂˇnyi's Opus One (the First Piano Quintet) in the summer of 1895. Often hypercritical and disparaging of other composers, Brahms was so impressed by DohnĂˇnyi that he promoted his music in Vienna. Just two years later the elder composer passed away, but he might have remarked similarly about DohnaĂ¬ny's Cello Sonata in B flat of 1899. This magnificent composition sounds undeniably like an affectionate homage to him. In 1902, DohnĂˇnyi performed the Cello Sonata in Frankfurt with Hugo Becker, one of the most famous cellists and pedagogues of his time, and a few years later Becker would be the dedicatee of DohnĂˇnyi's Konzertstu"ck in D Op.12 for cello and orchestra, which the composer also arranged for cello and piano. DohnĂˇnyi and his friend BĂ©la BartĂłk, three years his junior, always admired each other, though they could not have differed more in terms of style and character, their diametrically opposed approaches particularly apparent in their use of Hungarian folksongs. By contrast to BartĂłk's innovative ethnomusicological perspective, DohnĂˇnyi continued presenting gypsy melodies in the Romantic fashion of Liszt and Brahms, as evidenced in his Ruralia Hungarica Op.32, a cycle of seven pieces scored for various forces, one of them (Op.32d) being for cello and piano.
back to top