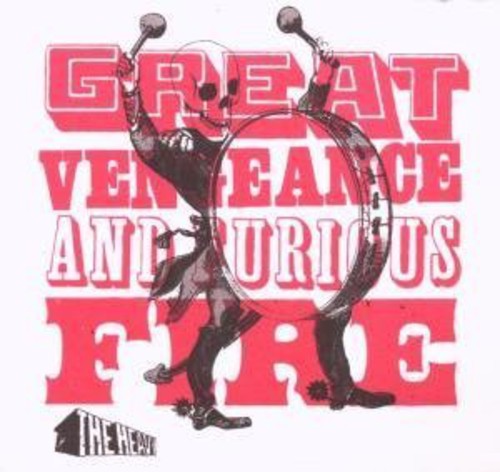 The Heavy make the kind of dirty, guitar-scorched hip hop soul which leads you into temptation. And then you're going to burn. The dark side of four boys from the arse-end of Bath, the beast of Bodmin Moor, half man/half wolf, The Heavy specialise in making everything wrong sound right. So successful are they, so good does it feel, so natural, that voodoo filth will be pouring through you before you know what's going on. From the moment you hear first single, "That Kind of Man," you know only exorcism can save you. Combining the gritty bottom end of classic Wu Tang with wall-of-sound guitar wailing and raw blues-soul, it's instantly recognisable and utterly addictive, Swaby's sweet-yet-threatening vocal raising it to another level. "Coleen" is a more stripped-down hip hop groove, with backing singers giving the tune a Stax-on-acid feel. "Set Me Free" throws acoustic guitar in to the mix for a more laid-back (though still rhythmically driving) number. "You Don't Know" shows heavier rock influences, a building pile-up of riffage. "Girl" gives Swaby a chance to show off his (slightly tongue in cheek) rapping style, over a rhythm which can only be described as Kinks-meets-Marly Marl. "Doing Fine" is the emotional centrepiece of the album, a downhome blues straight outta the West Country. "In The Morning" is frugging and flithy. "Bruk Pocket Lament" sounds like classic blues brought bang up to date and reeling from too much meths. And the raging "Dignity" ain't going to stand no fucking with it, seen? The album finishes with "Who Needs The Sunshine," which carries echoes of the Bristol scene of Massive Attack and Tricky, but reconstituted as an epic country blues. The core of The Heavy are Swaby and Taylor, who have known each other for a decade. Swaby's parents were one of the first West Indian families to move to Bath. One of eleven siblings, he grew up surrounded by reggae, Prince and Two Tone as well as the hip hop he embraced so fervently. When he met Taylor they bonded over vintage rhythm and blues and the movies of Jim Jarmusch.
This website uses cookies to personalize content and analyse traffic in order to offer you a better experience.
I accept Learn More
back to top