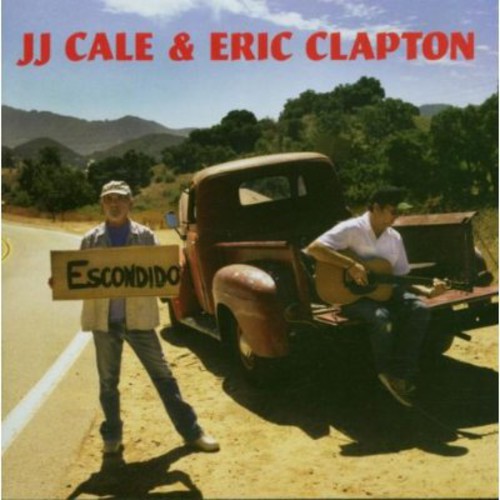 After years of admiring each other's musical masterworks, guitar great J.J. Cale and Rock and Roll Hall of Famer/Grammy-winner Eric Clapton have teamed up to create an original album together called The Road to Escondido. The resulting hybrid sound defies labels, and instead finds influence across the spectrum of blues, rock, country, and folk. The songs are warm and rich with deep-flowing rhythms while using an economy of words to express much.

''The Road to Escondido'' is an album by J. J. Cale and Eric Clapton. It was released on November 7, 2006. Contained on this album are the final recordings of Billy Preston, to whom the album is dedicated.

In 2004, Eric Clapton held The Crossroads Guitar Festival, a three day festival in Dallas, Texas. Among the performers was J.J. Cale, giving Clapton the opportunity to ask Cale to produce an album for him. The two started working together and eventually decided to record an album. A number of high profile musicians also agreed to work on the album, including Billy Preston, Derek Trucks, Taj Mahal, Pino Palladino, John Mayer, Steve Jordan and Doyle Bramhall II. In a coup, whether intended or not, the entire John Mayer Trio participated on this album in one capacity or another.

Escondido is a city near Cale's hometown of Valley Center, California. Though it is named Escondido, the album title actually references Valley Center.

The album won the Grammy Award for Best Contemporary Blues Album in 2008. - Wikipedia

Oh, I-15? Yeah, we hear good things: four lanes, scenic drive, not much sun due to the hills. Living legends Clapton and Cale are probably going somewhere completely different with this, though, the first proper collaboration for the longtime you-scratch-my-back-I'll-cover-yours buddies.
This website uses cookies to personalize content and analyse traffic in order to offer you a better experience.
I accept Learn More
back to top