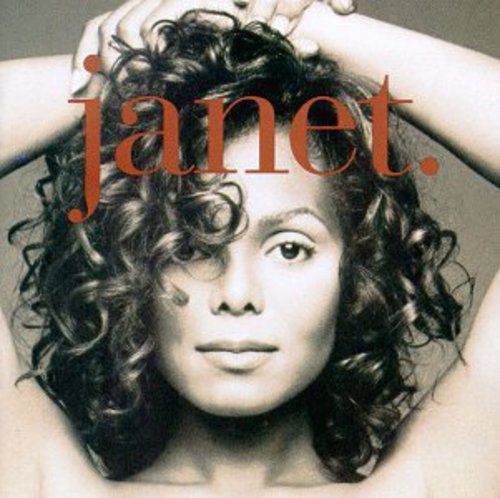 ''Janet'' (styled as ''janet.'' and pronounced as "''Janet, period.''") is the fifth studio album by American recording artist Janet Jackson, released on May 18, 1993 by Virgin Records. Jackson shares co-writing and production credits with long-term collaborators Jimmy Jam and Terry Lewis, as well as Jellybean Johnson. The album was the first to be released under Jackson's new label, as she had departed from A&M Records for a then-unprecedented multi-million dollar contract with Virgin in 1991.

The album's title, "Janet, period.", is meant to disassociate the singer's public image from that of her family, essentially dropping the Jackson surname. While the artist had once garnered a reputation as an advocate for sexual abstinence with her 1986 single "Let's Wait Awhile", the theme of ''Janet'' is sexual intimacy. Though the album was considered to be less innovative than Jackson's previous efforts—''Janet Jackson's Rhythm Nation 1814'' (1989) and ''Control'' (1986)—critical reception was predominately positive. The album's music contains a softer, sensual tone compared to that of Jackson's previous albums, and because she took a greater role as producer, ''Janet'' has been credited as a truer testament of independence than ''Control''.

''Janet'' debuted at number one on the ''Billboard'' 200 with the largest first week sales in history for a female artist at the time, becoming Jackson's third consecutive album to top the chart and produced six top ten hits on the ''Billboard'' Hot 100 singles chart. "That's the Way Love Goes" won the 1994 Grammy Award for Best R&B Song and "Again"—featured on the soundtrack of Jackson's debut feature film ''Poetic Justice''—garnered a nomination for the Academy Award for Best Original Song. The supporting Janet World Tour received critical acclaim for Jackson's elaborate stage performances. It was Certified sixfold platinum by the Recording Industry Association of America (RIAA) and has sold over 20 million units worldwide. It is listed by the National Association of Recording Merchandisers and the Rock and Roll Hall of Fame as one of the 200 Definitive Albums of All Time. - Wikipedia